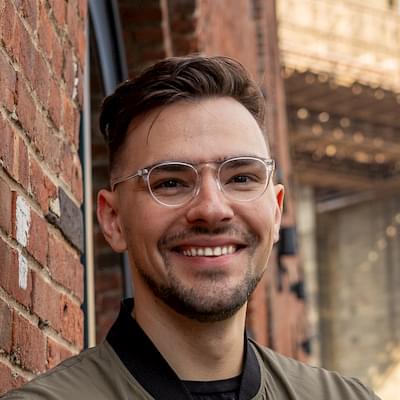 Imagine a world where Google banned you from using all of their products. What part of your day-to-day life would be unaffected?

This week the Justice Department sued Google for anti-trust violations. Their case looks similar to the one they brought against Standard Oil over one hundred years earlier when they successfully broke up the oil behemoth. However, Standard Oil and Google1 are fundamentally different businesses from different eras. We're trying to apply old laws to a new problem and not sufficiently addressing the underlying issues. We need a new, pro-competition framework for the information age to regulate tech conglomerates and prevent them from becoming too big to fail.

Software, when it works, is an incredibly efficient business model. It exhibits nearly zero marginal costs - meaning that as the business scales, its costs stay about flat. With scale, low marginal costs can result in huge profits. Google created such a profitable piece of software that they've had to build their own data centers, employee housing, and restaurants to sustain their growth. All of the major tech companies - Facebook, Amazon, Google, Apple, and Microsoft - make so much profit that they continuously seek new ways to invest earnings. For Google, this means building self-driving cars, jetpacks, and war-fighting robots to pursue future profits. It's worked so well that the company renamed to "Alphabet" to reflect that "Google" had become one of many business lines.

Is Google a monopoly? It depends on the lens through which you analyze their market. The Justice Department argues that Google operates monopolies in "general search services, search advertising, and general search text advertising[.]"2 Though, broaden the lens slightly, and Google competes with Amazon for product search and Facebook for advertising. Broaden the lens further, and it's hard to find a business or industry that Google would not want to disrupt. Google's business is a hydra, and targeting certain divisions for monopolistic practices fails to address the breadth of its ambitions and how these business lines work together to entrench Google's market position.

The problem is that monopoly legislation targets industrial businesses, which gained leverage from labor and distribution. The monopoly framework was created for an age of commoditized goods - when one oil company sold the same product as another but could extract additional profits by aggressively cutting out competitors. In contrast, Google achieved its market position by building a better software product. Today, users have access to many search engines on the open internet, but they still choose Google. Creating a Google competitor is more complicated than just splitting the business in half or investing money into an alternative.3 So, would the consumer benefit from breaking up Google Search? Or, would the search product that they love just get worse?

Software businesses talk about "network effects" among their users, where each new user improves the overall network's value. Facebook becomes more useful with each new user that joins the site. Similarly, tech conglomerates become a lot more powerful with each new business line within their umbrella. More data means better products - from improved ad targeting to more relevant newsfeeds. Google wants access to your calendar, email, and address book so that they can sell you better ads. It's the Theory of the Firm - applied to information businesses.

Google isn't the only tech conglomerate. Every tech titan now spans multiple industries. These early dot-com businesses have invested their profits over time to entrench their positions and develop additional business lines. Facebook, Google, Amazon, Apple, and Microsoft each have competitors - each other. But, big tech squashes other companies from entering their ring of trillion-dollar firms together as an oligopoly. When threatened, they will buy competitors - like PowerPoint, Android, WhatsApp, Instagram, Github, and Zappos. Or, they will clone them - as they did with Snapchat, Zoom, or - most commonly - each other. Over time, these tech conglomerates end up looking more and more similar to each other as they seek to compete across various industries - from advertising to commerce to communication and beyond.

The centralization of business power stands to harm consumers, and we're only just beginning to see the effects. Big tech companies control so much data, commerce, and communication that they have become too big to fail, and threaten the economy's stability. As artificial intelligence becomes more developed, the companies sitting on the biggest piles of data will further entrench their positions. Consumers will continue to be manipulated by increasingly effective ads and news feeds as their jobs become commoditized into marketplaces.

"A too-big-to-fail firm is one whose size, complexity, interconnectedness, and critical functions are such that, should the firm go unexpectedly into liquidation, the rest of the financial system and the economy would face severe adverse consequences."

- Ben Bernanke, while Chair of the Federal Reserve 4

It's time to tear the bandaid off and break apart these mutually-independent business lines into separate companies. We need conglomerate busting.

Congress reacted to the growth of Standard Oil by developing and passing the Sherman Antitrust Act. Similarly, the government must now create a new framework for regulating technology businesses whose divisions could be standalone companies and forcing a split to increase competition in the market.

At a minimum, Facebook should have Instagram and WhatsApp spun off as separate businesses. Amazon should have AWS and its store brands spun out as individual businesses. Apple should have the App Store spun out. And, Google can have Android, Chrome, Cloud, and Workplace spun out as its own companies. In each of these cases, separating these business lines harms only the company - and likely benefits the consumer. The splits can be literal - break the division into a separate company, and everybody who owns shares in the original company gets a proportional stake in the progeny.

Google shouldn't be regulated like an industrial-era oil company. But, it does need to be regulated. Tech conglomerates on their current course will continue to grow by buying or building new business lines with their flywheel of cash. We need a new, pro-competition framework for the Information Age that stops big tech companies from becoming so vast that their failure would significantly harm society's ability function. Split across business lines to prevent conglomerates from becoming dangerously large.

Disclosure: I own stock in Google, Amazon, Zoom, and Apple.

Thanks to Stew Fortier, Joel Christiansen, Padmini Pyapali, and Richie Bonilla for editing this article.